Open access session run by Digital Communities Wales mean that staff from different organisations can come together for training. Two sessions held in North Wales provided opportunities for participants to discuss the benefits of getting online and learn about new digital tools. 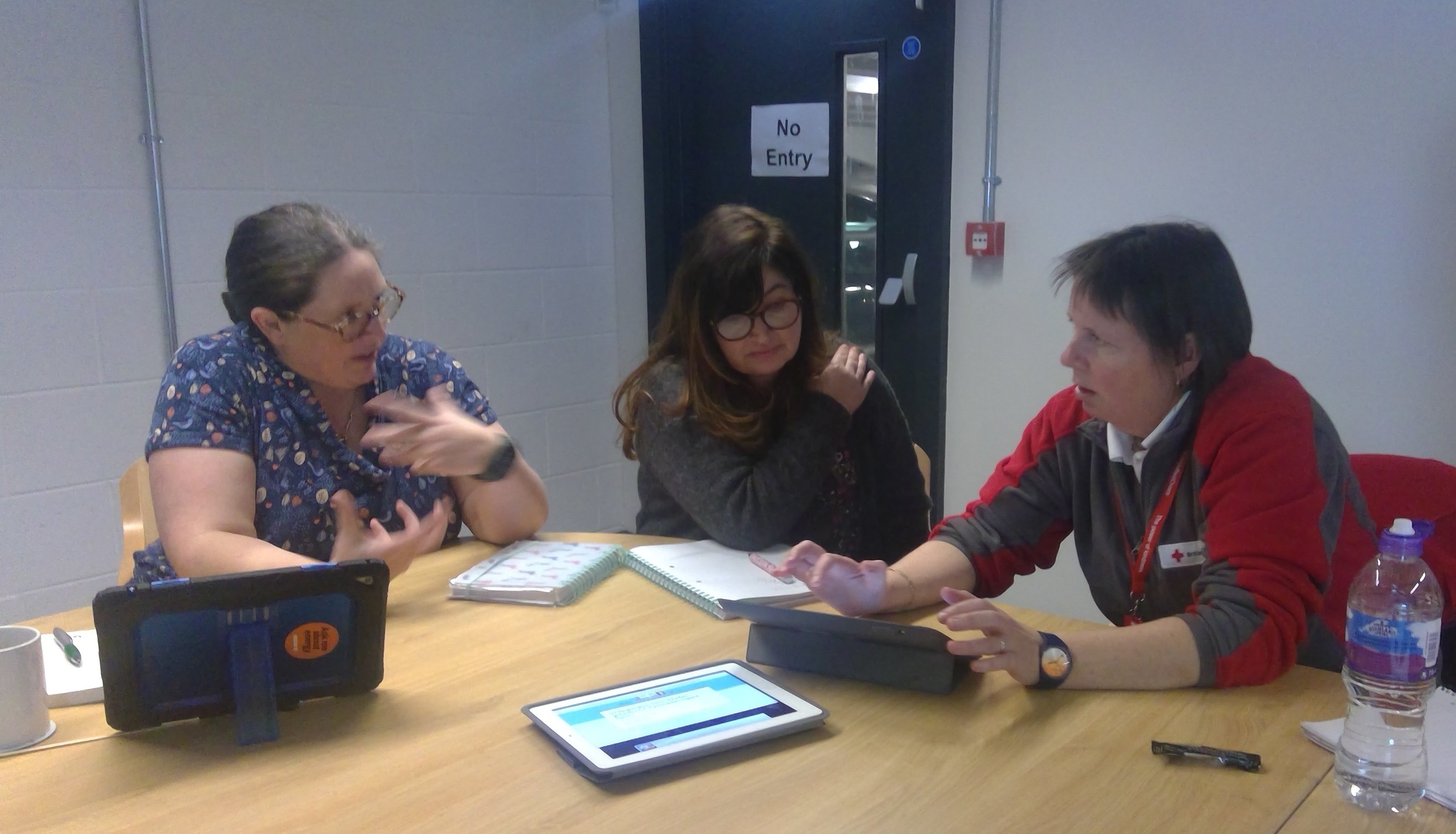 Digital Communities Wales knows that there are times when staff and volunteers from across Wales would like to attend our training events, but for various reasons can’t put them on in their own organisations. For this reason, we put on open access sessions in community venues and promote them online and through social media.

Two events were recently held in North Wales, in the regions of Flintshire and Wrexham.

Ty Pawb, a community hub in Wrexham near to the People’s Market, played host to a half-day session on Supporting People to Get Online.  This course is a whistle-stop session to give people a better understanding of the importance of digital inclusion.  The course also covers online safety tips and appropriate behaviour when volunteering or supporting people to get online.

The course had a good turnout, with attendees from organisations such as Wrexham Council, Groundwork North Wales, The Red Cross and The Royal Voluntary Service. The group discussed what they thought the meaning of digital inclusion was and watched an informational video on the extent of digital exclusion in Wales, which described how 15% of the population are not online.

The event in Flintshire was held in Theatr Clwyd, Mold. This session was on Digital Health and Wellbeing Applications and was a sold out event, attended by staff from organisations including Flintshire Council and a number of local charities.  The aims of the course were to highlight the range of digital tools available and how they could be introduced into working practices as part of patient support.

There was an interesting debate at both sessions on how technology is changing and opening up communication between people in a different way. Participants recognised how people with disabilities can use technology to communicate, or how it can be adapted to suit their needs. For example, one attendee highlighted how people can now use the microphone on their smart devices instead of typing their messages, and use thumb prints and face recognition instead of passwords. “Technology is getting easier rather than complicated,” he said.

The attendees worked as a group to explore the range of apps that are available for physical and mental wellbeing, such as nutrition videos, virtual reality and mental health applications. They were also challenged to find good quality health information online, by improving their critical thinking skills and assessing the information presented to them, rather than accepting it as factual from the outset.

The group enjoyed relating personal stories of their interactions with various healthcare and wellbeing applications, such as Calm. One attendee explained how one of his service users, a gentleman in his 90s, uses the Alexa to assist him overcome his disabilities, with reminders set to notify him when his medications are due, to call relatives and when to expect visitors.

Both sessions received excellent feedback from the attendees and Digital Communities Wales will be looking to put on further courses in the near future.